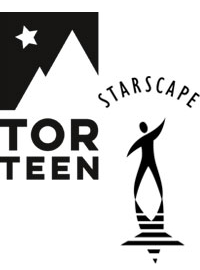 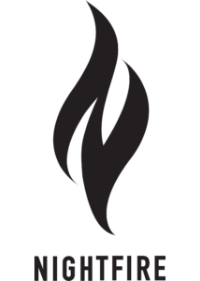 For nearly forty years, Tor Books, Forge Books, Tor Teen, and Starscape have been dedicated to publishing the best in genre fiction for adult, teen, and middle-grade readers. In 1979, when I founded the company, our intent was to focus on fiction, often grounded in science past, present, and future, starting with prehistoric fiction—which would be science fiction based on anthropology—and stretching across history and the present into a future which is often extrapolated from possibilities suggested in physics and other scientific fields of today.

The resulting list not only includes books from a wide range of genres, but has managed to win recognition in all of these fields. A diverse list like ours comes from an editorial staff with diverse interests. I want editors to reach beyond those founding concepts. To have the freedom to do work that interests them with authors that they enjoy reading. Our editors bring passion to every project and are dedicated to finding and publishing the best books in every genre. It is a pleasure to introduce them to you. Devi Pillai is the Vice President and Publisher of Tor Books, Starscape, Tor Teen and Nightfire.
She has over twenty years of publishing experience at HarperCollins, Hachette, and Macmilian where she worked at a variety of science fiction, fantasy, and mainstream imprints. She was the founding editor at Orbit, where she worked for over a decade and which published The Witcher; James S. A. Corey’s Expanse series; the works of Brent Weeks, Gail Carriger, and Joe Abercrombie; and Hugo award-winning authors N. K. Jemisin and Ann Leckie.

Since joining Tor in 2016, she has overseen the publication of many award-winning and bestselling authors, including V. E. Schwab, Cixin Liu, and Mary Robinette Kowal. Her own authors currently include Brandon Sanderson, Christopher Paolini, Jenn Lyons, and Arkady Martine, whose debut novel A Memory Called Empire won the 2020 Hugo Award.

A fan at heart, she describes herself as having the bloody-minded reading tastes of a thirteen-year-old boy. She is always receptive to skillful pacing and deftly sketched characters, and of course assassins and dragons. Since 2013, I’ve been HEA with TDA where I’m actively acquiring speculative fiction and humorous nonfiction.

I’ve had the honor of acquiring and editing work from so many incredible authors including #1 New York Times bestselling authors Karen Kilgariff and Georgia Hardstark (Stay Sexy & Don’t Get Murdered), New York Times bestselling author TJ Klune (The House in the Cerulean Sea, The Extraordinaries), popular ao3 writer Everina Maxwell (Winter’s Orbit), comedian Joe Pera and illustrator Joe Bennett (A Bathroom Book for People Not Pooping or Peeing But Using the Bathroom as an Escape), and many more.

For Tor, Nightfire, Tor Teen, and Starscape: I’m interested in diverse and inclusive speculative stories under the umbrellas of character-driven fantasy, “five minutes into the future” science fiction, and original horror.

For Forge: I’m most interested in feel-good, humorous nonfiction.

I’d love to see submissions by BIPOC authors and I’m a fan of whatever makes me laugh—crow’s feet for days over here—so please send me funny manuscripts to read! I’m also a sucker for stories about best friendships. I’ve been at Tor since 2016, and am currently building my list. I’m primarily seeking adult horror for Nightfire, but am also open to YA horror for Tor Teen.

I love commercial, character-driven horror that’s full of normal people making impossible choices. My favorite type of horror is grounded in close friendships, and a trope I never tire of is “group of friends must band together to defeat evil”. Stephen King’s IT was a formative work for me, and I’m always on the lookout for the next Losers Club to fall in love with. I also love horror that’s grounded in complicated family relationships—think Paul Tremblay’s A Head Full of Ghosts, the movie Hereditary, and Netflix’s adaptation of The Haunting of Hill House.

I love the familiar horror tropes, but I’m also looking for books that push the boundaries of the genre. I want to see authors use horror to tackle modern-day anxieties in fresh, unique ways (e.g. Jordan Peele’s Get Out). I’m also very eager for underrepresented voices and characters and have a particular soft spot for LGBTQ+ themes and characters.

I can stomach (and love!) some pretty dark stuff, but my favorite kind of horror is ultimately hopeful. I want to watch characters face their fears and win. Make impossible choices and survive. Rescue each other and rescue themselves.

While my first love is horror, I do also enjoy commercial, character-driven fantasy and science fiction, particularly if there are LGBTQ+ themes, darker elements, and/or monsters/creatures of some kind (aliens, mythological creatures, dragons, basically anything with teeth, etc.).

Regardless of genre, found families are my jam and I’ll read just about anything if I love the characters enough. And I always award bonus points for anything that can make me laugh. Having been in publishing for nearly a decade, I’ve been lucky to work with a wide-range of wonderful authors and phenomenal colleagues.

I’m currently acquiring adult and YA books, with an emphasis on the former, and I’m most actively looking for books across the speculative fiction field–and I like to keep an eye on related subgenres, like horror (more Shirley Jackson than Freddy Kreuger),  modern noir (think Megan Abbott), and historical fiction (particularly if it has an unusual focus or added bit of magic).

I’ve always been a huge fan of authors who can exemplify the best traits of genre writing, and books that can use speculative conventions to shine a light on the world as it is. I’m partial to those authors who have been able to walk the line between mainstream and genre fiction; authors like N. K. Jemisin, Kelly Link, and Elizabeth Acevedo. Voice is one of the crucial draws for me–and I’m particularly interested in finding those that are underrepresented in the current marketplace.

Above all, I look for compelling storytelling, evocative world-building, and strong writing—and I am very willing to be surprised by a submission unlike any of the above.

I tweet as @miriamannew, where you can often find me talking about more specific things on my wishlist.